Posted in Commercial Moves on Jun 07, 2021, tagged with employee relocation

After a bumpy 2020, you may be wondering about the state of business in 2021, and the best states for business. Whether a relocation is in the cards or you’ve been putting off your move while you wait for things to settle down, you’ll be curious where the job prospects are and where the best place to re-establish your life might be.

With more companies than ever before offering permanent options for remote work—with some going so far as to set up satellite offices in new states—you have more options than you might think, and the perfect state may not be one you’ve considered before. To help you narrow down your options, we’ve done the research and compiled the best states for business in 2021.

While there is conflicting data on which states belong in the top 10—not surprising given the fluctuations and “unprecedented” nature of 2020!—most expert lists include the following five states (in no particular order):

Utah might not be the first place you think of when you think of business, but it has some impressive credentials. WalletHub’s Best Cities for Jobs includes Salt Lake City in the number four spot, along with West Valley City at 24. USNews says “Utah ranked No. 1 for its economy in the Best States rankings”. And, according to Forbes, Utah has a pro-business climate and has a low cost of living compared to other states.

On top of all of that, this state is well-known for its beautiful landscapes and parks, winter activities (they do boast that they have “The Greatest Snow on Earth”, after all), and incredible hiking and camping. If the outdoors calls to you and you don’t mind winter weather, it might be time to put the you in Utah.

Learn more about our shipping services to Utah

Hate the cold? Georgia has short, mild winters and hot (we mean hot) summers. There’s more to this state than its delectable peaches—on top of temperate conditions, Georgia boasts an incredible music scene with lots of festivals and great food, and practically speaking, it’s considered to be affordable with lots of job opportunities.

WalletHub’s Best Cities for Jobs ranking places Atlanta at number 49, Augusta at 144, and Columbus at 153, but even if you’d rather live outside a major city, Georgia has good prospects across the state. According to Forbes, “Georgia has scored well on the Best States rankings in recent years thanks to an improved economy and pro-business climate.” And, USNews says “Georgia had the seventh-best business creation rate among states.”

Learn more about our shipping services to Georgia

If you’ve got a great idea and you’re interested in becoming an entrepreneur, Washington may be the place for you. According to Forbes, Washington state is “a cradle for innovation” and USNews says “Washington had the third-highest patent creation rate of any state and the fifth-highest amount of venture capital investment.” Seattle lands at number eight on WalletHub’s Best Cities for Jobs, with Tacoma following at 18, Vancouver at 36, and Spokane at 59.

Not to be confused with Washington, D.C., Washington state has the characteristic rainy weather and stunning forested, mountainous landscapes of the Pacific Northwest. It is renowned for its active outdoors scene and has some incredible hiking and camping spots, including 512 miles of the Pacific Crest Trail.

Learn more about our shipping services to Washington

Colorado is well-known for its outdoor activities, snow, and legal cannabis, but it also happens to be one of the best states for business in 2021. The state of Colorado has three cities on WalletHub’s Best Cities for Jobs list, with Colorado Springs at number 9, Denver at 55, and Aurora at 75. Not only that, but USNews reports that Colorado is a good place for entrepreneurs as well, with the “fourth-highest amount of venture capital investment, and the eighth-highest business creation rate” in the country. Forbes points to Emsi data, which indicates that “Colorado is expected to have the second fastest job growth over the next five years”.

Learn more about our shipping services to Colorado

When you imagine Idaho, you might think of farms, wilderness, and potatoes. But there’s more to Idaho than that—this state has incredible hiking, impressive business prospects, and perhaps surprisingly, Boise is considered “the best place for millennials to live in the US”.

WalletHub’s Best Cities for Jobs list places Idaho’s capital of Boise at number five, while Nampa, a quick jaunt down the road, makes the list at #68. And USNews says “Idaho had the highest business creation rate of any state.” If you’re interested in what type of jobs you can expect, according to Forbes, “[its] major industries include food processing, lumber/wood products, chemicals, paper, mining and tourism.” If none of these are your field of expertise, don’t worry, it also has a very large science and technology sector thanks to semiconductor maker Micron Technology. (Forbes)

Learn more about our shipping services to Idaho

If none of these states seem like the right fit for you, don’t worry, there are other options—Forbes’ Kristin Stoller says that in 2021 “[o]n a state-by-state basis, New England’s small-but-mighty Vermont is expected to see the country’s highest net employment outlook at 56%, followed by Montana at 38% and Iowa at 31%.”

Many people are on the hunt for better business prospects and better living situations in 2021. If you’re open to moving and starting fresh in a new state that suits your new situation, consider expanding your job location range and plotting a course to one of 2021’s best states for business:

About the author: Stephanie Rosenlund is the Director of Strategic Solutions at TSI, the long distance move and shipment provider for thousands of businesses, families, and individuals every year. Stephanie knows all the tips and tricks to make your move or shipment simple and specializes in freight shipping and interstate relocations. In her free time, she loves exploring the world with her husband and two kids. 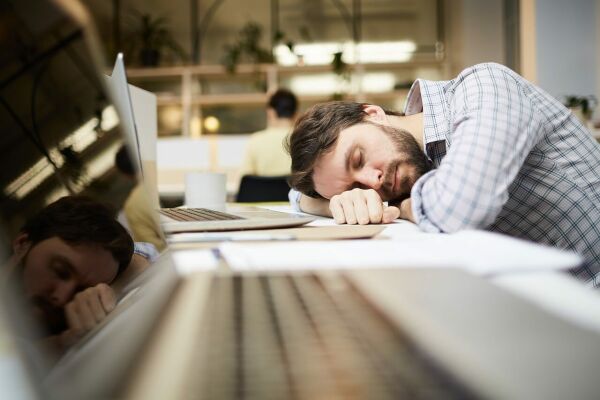 How to Support Employees Through a Long Distance Relocation

Top 3 Indicators of a Quality Moving and Shipping Partner (UrbanBound) 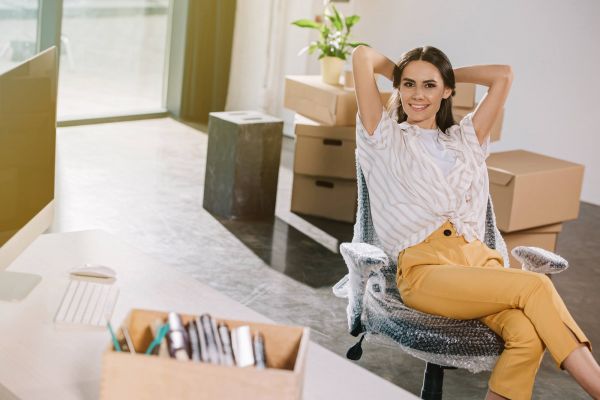